Addiction: One Day Can Change Everything

It was late one afternoon as my mother and I sat out back and enjoyed some sunshine and a chat about how all of my friends were doing. Unfortunately, many of the people I had called my friends for years weren’t doing so well though.

With the pill mills in full force back then, my friends had quickly turned into people I didn’t even recognize anymore. Sure, we had all tried marijuana and alcohol, but this was something totally different. Now when I went to hang out with them, it was all about these little blue pills and the magic inside of them. And, just like that, it was no longer about cracking jokes and having a good time together.

For months, I would sit there and just watch them smoke pill after pill after pill. Eventually, growing tired of just sitting there doing nothing except watch them nod out from being so high from the roxies, I stopped going to hang out with them.

That afternoon, my mother and I sat there and talked for hours about how horrible the situation was with these pill mills, as well as how I could just never imagine someone freely choosing to ruin their lives with these pills. These conversations continued for months as my friends continued to slowly fade out of my life. Eventually dwindling down to just one friend.

Now at the end of my Senior year in high school and looking forward to college, I still just couldn’t grasp why my friends couldn’t get their lives together and act right. Over that summer, I tried really hard to remain friends with the people I had grown to love and care for over the years.

But, something much worse happened instead. With all the free time that summer offered, I quickly found myself bored and looking for something to do. So, I called my “friends” to see what they were up to, even though I already knew what they were doing.

Later that day, I headed out to see them and get out of the house. As we were sitting in the car, I heard the crinkling of aluminum foil and looked to the back seat to see what was going on. Sure enough, someone already had whipped out some roxies to smoke. Within seconds, they were passing the sheet of foil with a half-burned pill on it around the car for everyone to have some.

As the foil slowly crept closer to me, I recalled the conversation my mother and I had just a few hours earlier about how these little blue pills were ruining lives and something just had to be done about it. However, even with the recollection fresh in my mind, when the foil got to me, I turned to one of them and asked “will you light it for me” without even blinking.

And, just like that, it was all over. For nearly the next decade, I would remain hooked to opiates and looking for my next fix with no regard for anything or anyone else.

Narconon Freedom Center How I got Hooked to Roxies
AUTHOR

After completing the Narconon program in Michigan, Rebecca has dedicated her life to staying sober and helping others find sobriety using the techniques provided by Narconon.

Dealing With The Ups & Downs of Life in Recovery

I can still remember getting off the plane, seeing palm trees, feeling the sunshine on my skin and the smell of salt in the air—I was home and it felt so good. I was high on life and excited to spread the news that I had changed my life for the better. 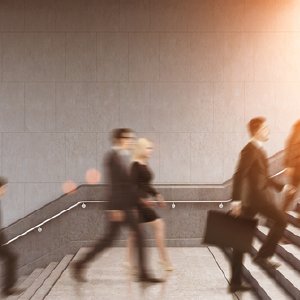 3 Tips on Surviving the Holidays Sober

As the holidays roll around again this year, many in recovery may find themselves awkwardly fumbling around the kitchen feeling out of place. Either from not being there for past years or not recalling their past behavior at the dining room table. 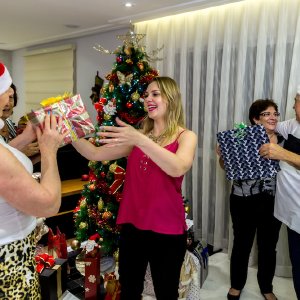