Michigan struggles with one of the worst drug problems in the country. Why is this? And what can be done about it?

There is no doubt that the United States is struggling with a drug addiction crisis. Opiates have been at the center of this epidemic, but they are just one of many different kinds of drug problems facing the U.S. today. Furthermore, while every state has experienced addiction problems, some states have been hit harder than others.

Michigan is one of those states. Once the very center of the global automobile industry, Michigan is now stricken with addiction problems and financial crises. It’s a sad story, how a land of freshwater lakes, hardwood forests, quaint towns, and endless miles of sandy beaches is also ground zero for one of the worst drug problems in the country.

What are the details of Michigan’s drug problem? And for those who live there, what can they do to help their loved ones get off of drugs?

The Department of Licensing and Regulatory Affairs (LARA) and Appriss Health worked together to publish a report on opiate abuse in Michigan. From that report, here are Michigan’s top ten cities ranked by drug-related overdoses (as compared to the population of those cities). These numbers cover deaths from 2013 to 2015:

Here are the top ten cities in Michigan for total deaths:

Another way to determine the extent of Michigan’s drug problem is to look at its total number of drug deaths as compared to its statewide population. For example, Michigan has the ninth highest number of overdose deaths per year, but it is the tenth most populated state. According to CDC data, 2,694 people died from drug overdoses in Michigan in 2017, more than all deaths from homicide and firearms combined.

The national average of opiate overdoses per capita is 14.6 deaths per 100,000 people. In Michigan, the rate is 21.2 deaths per 100,000, considerably higher than the national average. Michigan is struggling with a surge in synthetic opiate deaths, with drugs like fentanyl being primarily responsible for the state’s significantly high overdose rate. For example, in 2012, only 72 people died in Michigan from synthetic opiates. But in 2017, 783 Michigan residents died from such drugs.

Economic Struggles, Lack of Proper Access to Healthcare, and “Deaths of Despair”

Other resources show that the counties in Michigan that are hardest hit by drug abuse are often some of the poorest, most economically downtrodden counties in the state.

Some of the counties in Michigan with high drug overdose rates per capita are:

Some of the counties in Michigan with high poverty rates are:

Not always, but often the counties with the highest poverty rates, the lowest access to healthcare options, and the highest unemployment rates are also the counties that experience the most drug overdoses.

Addiction can indeed affect any person from any background or income demographic. But it does seem as though people from low-income families are more likely to fall prey to drug addiction due to unemployment struggles, preexisting and untreated health conditions, and general life hardship. Those circumstances lead to “deaths of despair” (deaths that occur from behavioral-related medical conditions such as drinking and drug use, conditions that are brought on by significant degrees of despair).

Michigan had a turbulent economy during the deindustrialization period of the late-20th century. The state has recouped some of its economic losses since then thanks to the budding tourism industry, but the state still struggles.

Furthermore, the vast majority of opiates (the biggest killer in Michigan, drug-wise) come from primary care providers in the form of pain drug prescriptions. That indicates Michigan’s medical institutions have not yet gotten on board with nationwide efforts to curb opiate prescribing. Curbing opioid prescribing will be critical in reducing the state’s overdose rate, as there is a direct correlation between the overprescribing of drugs and overdose deaths.

Last but not least, there also has to be a focus on treating those who struggle with addiction in Michigan. Michigan addicts must have access to drug and alcohol treatment programs. If you know someone struggling with a drug problem in Michigan, make sure they get help today.

One of the most beautiful regions in the U.S. is also one of the regions most affected by the nationwide opiate epidemic. What will it take to free Michigan from the grips of its lethal addiction crisis? 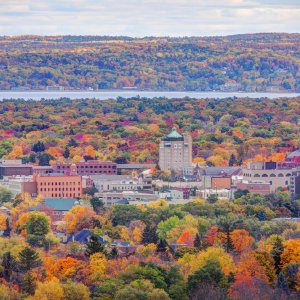 While the entire country feels the burden of the opiate epidemic, no two states experience this problem in the same way. For Michigan, the beautiful Great Lakes State, opiate addiction soars to the top of the charts. No one likes to turn on the news and see a grim report about their home state. 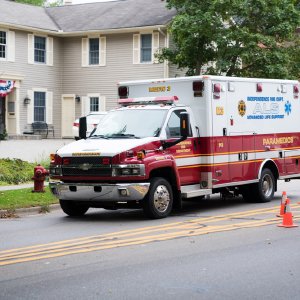