What a Drug-Free Detox Is Really Like (It’s Not What You Think!)

Each and every time I would decide that being sober may be a good idea, I absolutely dreaded having to go through the withdrawals. The unbearable sweating, shaking, sleepless nights and every other wretched symptom that goes along with detoxing from drugs, just didn’t sound like any fun to me. And, it probably doesn’t to you either.

After all, who wants to feel horrible for days on end knowing that just a little dose of their drug of choice would make the pain go away? I know I didn’t!

However, the day finally came when I was ready to deal with the pain of drug withdrawals one more time. As I walked through the doors to rehab one last time, I contemplated running away. I knew what was waiting for me—I’d done this before, and I wasn’t looking forward to it.

Previously, my withdrawal had always been done in the comfort of my own apartment or using Suboxone. Neither was ever successful in helping me overcome my addiction though.

I thought I needed a vice to get through the withdrawals.

I thought I needed doctor-prescribed drugs to get through the withdrawals.

I knew I couldn’t possibly do it without anything at all.

But, I was wrong for thinking those things.

As I awoke the first day, it marked the onset of my withdrawal symptoms. I wandered out on to a couch and laid there buried in the covers shaking, not wanting to move. All I kept thinking was please don’t come bother me, please just let me lay here in my misery.

That didn’t happen though. Instead, I was greeted by a perky, smiling staff member asking me to drink some water, eat something and take vitamins.

She was so happy and eager to make me feel better that I couldn’t refuse. I sat up, drank the water, ate some yogurt trying not to puke it all up, and took the vitamins I was given. Quickly finding my blankets and burying myself back in them, I thought that was it, and I could go back to trying to sleep this off.

That didn’t happen either though. Instead, that same perky staff member pulled the blankets from my face and informed me I would be getting up to do light exercises. She went on to explain that these were intended to get me out of my head and not think about the agony I was in.

As she explained the process to me, I just stared at her and kept thinking to myself, she’s kidding, right? She can’t possibly be serious about me getting up and doing something. Doesn’t she know what I’m going through? I thought there’s no way I’m moving from this couch lady, please just go away.

However, even though I was dead set on not moving from that couch, she was persistent and eventually, we got up and began the exercises. As we walked through the building and outside, she had me notice various things including, pictures, birds outside, trees and anything else that we seemed to pass.

At first, I kept thinking, this lady really is crazy, who in their right mind thinks noticing things around a building is going to make me feel better when I’m detoxing off of heroin?! But, over the course of the exercise, I slowly realized the more attention I put on the things around me, the less I paid attention to the pain I was dealing with from withdrawals.

After returning to the withdrawal area, I thought that was it. I was ready to lie down on the couch, amazed that the ridiculous-sounding exercise worked. But, as soon as I went for the couch, that perky little face greeted me with, “Are you ready for the next exercise?” I turned my head and replied, “Seriously? Another one? Aren’t we done for the day?”

Nope, we weren’t. We would keep going all day long, every single day I was in withdrawal. We went from one exercise to another and another. From walking outside looking at things to getting back in touch with my body—we never stopped. And, the more we did, the better I felt.

Within three to four days, I was sleeping through the night, waking up with energy to burn, and I felt a million times better. I was in disbelief. At home, I’d lay in agony for a week, if not longer. It always felt never-ending. But, here it was different. I was feeling better in no time, with no drugs, just the light exercises, and vitamins.

They knew exactly what was going on with me, both mentally and physically. Moreover, they knew what to do to handle these symptoms effectively without having to use any form of drugs. No matter what my complaint was, that perky little staff member would strike a smile and say, “Let’s go, I know what will help you,” and off we went and within a short time, my symptoms subsided, each and every time.

As I packed my room in the withdrawal unit to move on to the next phase of the program, I still could not believe I had just detoxed off of heroin in less than a week and barely felt any pain along the way. And, you can too.

No matter what your drug of choice may be, withdrawals don’t have to be scary or unbearable to go through. The techniques used in the Narconon Program to overcome withdrawals have worked for thousands of addicts, just like me, and they can work for you too. While I will be the first to say, the first step is the hardest, it is also the best one you can take to overcome your addiction to drugs or alcohol.

After completing the Narconon program in Michigan, Rebecca has dedicated her life to staying sober and helping others find sobriety using the techniques provided by Narconon.

Do you find yourself feeling like there is no clear direction to go at the fork in the road? Yeah, we’ve all been there before. It’s that feeling of doubt. Whether you doubt yourself, your friends or something else, it’s hard to overcome it at times. 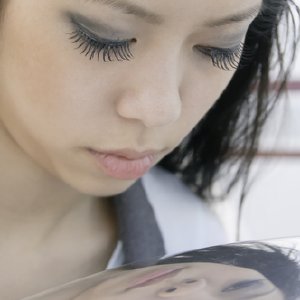 I am Excited to Continue with My Program to Stay Sober

Before I came to Narconon Freedom Center , I was at the lowest place I had ever been in my life. I was using heroin several times a day, every day, just to get through my day. I wasn’t eating for days and was abusing and neglecting my body horribly.